Do you pay taxes on Bitcoin profit in the UK?

The short answer to the question of whether Bitcoin or crypto-currency is taxable is YES. However, it is not that simple. Currencies such as Bitcoin on still in their infancy when compared to traditional currencies such as the GBP pound or the US dollar.

This blog post is not designed to explain what Bitcoin is as I’m sure most readers will already be familiar with the concept. Your question is around tax. There is a saying that if something is too good to be true, it usually is! This applies to the tax laws for Bitcoin in the UK.

It makes sense to start here. Whether or not your bitcoin activity/investments count as ‘trading’ in the view of HMRC depend on several factors. In the UK we refer to this as the badges of trade. Some of the key points to determine if an economic activity is trading in the tax definition include:

There are other points but the ones above are simple to grasp and make common sense. If someone is selling his old car every couple of years then that is clearly not with a view to make a profit. If however the same person was buying and selling a new car every day then this would likely be deemed as trading in the self-employed sense.

What taxes do I pay on Bitcoin if I am trading?

If you are trading in the context above with bitcoin, IE you are buying and selling bitcoin very often with a view to make a short term profit then there is a chance that HMRC would deem this to be trading by the self-employed meaning. Why does this matter? You may need to pay income tax.

Far more common particularly in HMRC’s eyes is that bitcoin trading and similar activity will be treated as capital. This is significant because capital gains tax provides an additional exempt tax-free amount per annum of £12,300 (subject to change). Put simply this means that if bitcoin ownership was split with a spouse you would have two annual exemptions so could affectively make a profit of over £24,000 per annum and pay no tax assuming you have no capital gains elsewhere.

Assuming your bitcoin transactions will be treated as capital in the tax man’s eyes you will need to calculate what your taxable profit is for this purpose. Capital gains tax put simply is the gain made between what you paid for an asset and what you sell an asset for. For example if you paid £5,000 for bitcoins and sold them for £10,000 then your gain is £5,000. If this was your only capital gain it would be below the capital gains tax annual exemption amount so no tax would be due. There are other things to consider such as any costs associated with the purchase of the asset and costs associated with the sale. For bitcoin this would typically be commissions paid to a platform holder. Due to the potential volume of transactions there are also complex rules around average costs. You typically need to average the cost of your purchases across the volume purchased and the amount paid and pull it together. There are also even more specific rules if the same asset has been bought and sold within a 30 day period. Contact us for a free discovery call.

The tax treatment of cryptoassets continues to develop due to the evolving nature of the underlying technology and the areas in which cryptoassets are used.

HMRC does not consider cryptoassets to be currency or money. They have identified 3 types of cryptoassets:
• exchange tokens
• utility tokens
• security tokens

However the tax treatment of all types of tokens is dependent on the nature and use of the token and not the definition of the token.
Bitcoins are classified as ‘exchange tokens’ – as they are intended to be used as a method of payment and encompasses ‘cryptocurrencies’ (like bitcoin). They utilise DLT (Distributor Ledger Technology) and typically there is no person, group or asset underpinning these, instead the value exists based on its use as a means of exchange or investment. Unlike utility or security tokens, they do not provide any rights or access to goods or services.

Which taxes apply for Bitcoin?

• their employer as a form of non-cash payment
• mining, transaction confirmation or airdrops (both explained below):
Mining – Cryptoassets can be awarded to ‘miners’ for verifying additions to the blockchain digital ledger. Mining will typically involve using computers to solve difficult maths problems in order to
generate new cryptoassets.

Airdrops – An airdrop is where someone receives an allocation of tokens or other cryptoassets, for example as part of a marketing or advertising campaign in which people are selected to receive them. Other examples of airdrops may involve tokens being provided automatically due to other tokens being held or where an individual has registered to become eligible to take part in the airdrop.

Looking at your activity, we consider that your dealing in Bitcoin is neither of the above, being neither mining or airdrops, nor have you received the cryptoassets as a form of non-cash payment from your employer. Therefore, if you agree with this, Income Tax would not apply at this stage.

However, HMRC taxes cryptoassets based on what the person holding it does. If the holder is conducting a trade then Income Tax will be applied to their trading profits.

Only in exceptional circumstances would HMRC expect individuals to buy and sell cryptoassets with such frequency, level of organisation and sophistication that the activity amounts to a financial trade in itself. If it is considered to be trading then Income Tax will take priority over Capital Gains Tax and will apply to profits (or losses) as it would be considered as a business.

Cryptoassets are digital and therefore intangible, but count as a ‘chargeable asset’ for Capital Gains Tax if they’re both:

• capable of being owned
• have a value that can be realised 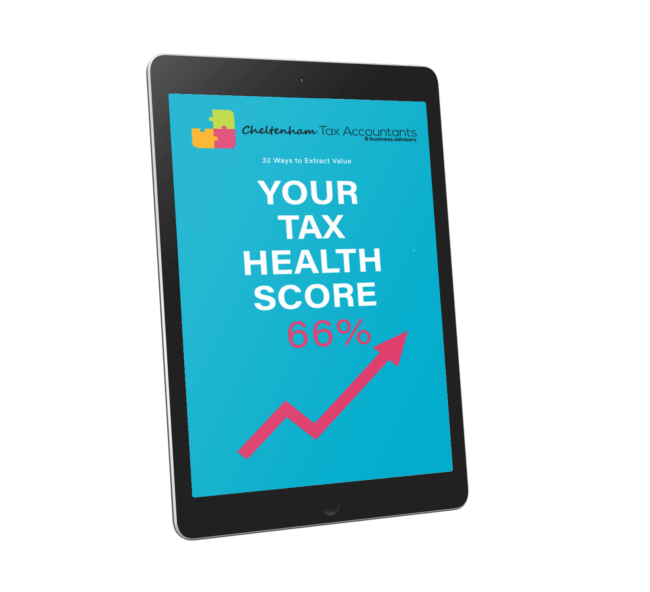 Get Your Tax Health Score Now

We are a modern, pro-active, approachable, value for money firm of accountants and business advisors that want to help you genuinely get more from your business and life. We aim to save at least our fees in tax and often more!